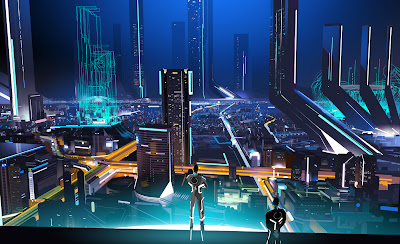 So as you know we are braking our soul in several pieces on this production. Reviews, comments and critics has been really great so far. THANK YOU PRESS!
SO after reading some comments here and there, I have some things to say:
This series are good because people involve in it is indeed committed like hell. Both teams, here in USA ( Disney ) and there in JAPAN ( Polygon Pictures ), share the love for the project. Which ever is the budget, which ever is the label, the channel or the production company, this series are going to be great because the team really care. Nothing else.
To those who are scare about all series happening in the claustrophobic blue grid, I´m happy to say that you are wrong. ( i´m indeed really happy to say so ) This series are as complex as eye muscles system and we´ve been and we still are suffering to make this production a joy both visually and storywise.
We still integrating new ideas, new things, new effects. We are improving and learning under a heavy rhythm.
For those who are worry about animation, DON´T WORRY. Animation gets indeed crazy good and we are still improving every episode.
Exactly the same as artwork, we were making a process and finding a formula in the beginning.
For those who already like the series very much, thanks very much! I´m glad we are working so hard.
For those who are scare about some marketing movements, don´t worry so do I…
Series will debut on Disney XD on June 7, 2012. 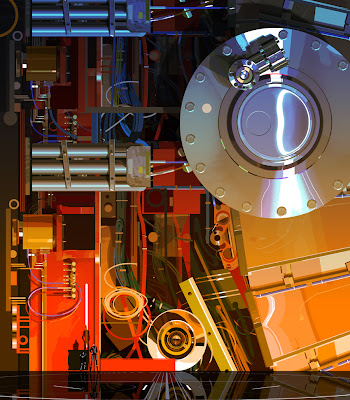 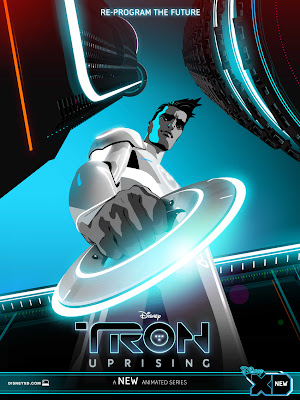 Here you can see latest poster I did and several production pieces, and of course that link to Youtube and itunes ( for you to watch for FREE )

This looks like an amazing project to work on, you're really talented and I'd love to be able to paint scenes as well as you do. Nice work.

Man this is looking so good! You guys did such an amazing job!

this is amazing. amazing!

The show looks unreal and is really pushing the boundaries of television animation. Brilliant work!

The first episode was awesome...can't wait to see the others!
It would be great if you're able (authorized? maybe) to put some artwork on your blog!

That was brilliant! Loved the looseness in the environment paintings and the character designs were stellar! CAN'T WAIT TO SEE THE REST!!!

I love this style~! Cool!

Anonymous said...
This comment has been removed by the author.
9:09 AM

It looks like an amazing project!! All the best. Really nice and informative post.. thanks for sharing it.

The show is amazing, the character design, animation, and story is absolutely brilliant. Toss in great music and you guys really hit it with the Tron atmosphere, kudos to the team.

I look forward to the rest of the season, I will for sure be buying this and any other merchandise that makes it way to the public.

Definitely a series that reignites the fire of artistic inspiration. Would love to see an "art of" book too.

Great job! I love the intensity and boldness of the designs. My hat to you!
vyle-art

Yet you have to keep upgrade the wixsite.com emulator in order to not encounter any Get Info kind of problems in the future. Prior to Download Terrarium TV on Computer, APK & iOS going ahead of Terrarium TV for COMPUTER and also Terrarium TV APK setup on home windows OS Laptop/Computer just allow me Terrarium TV tell you the best ways to install android emulator on PC.

you curious about seeing all the real-time protection of the information Mobdro sporting activities, serials or any of your preferred occasion even when Website you are traveling or away Mobdro is the ideal app for you as Mobdro App Download it has the distinct and also advanced features and also strategies.

I think these must be useful to you.
เล่นสล็อต เว็บไหนดี
Thank you for your interest.

Ways to make a profit from online gambling sites.